Couple photoshoot in Alberobello is very special because very few people have photos with amazing small buildings like this at the background of their story.

Despite the differences between the south and the north of Italy, all Italian cities look quite alike. But not Alberobello. It is a one of the kind city in the region of Apulia, famous for its white-stone tiny conic-roof houses, called trulli. Alberobello is so special that it was included in the UNESCO World Heritage List in 1996.

Trulli are unique because they were built of limestone and rocks without any mortar, and removing just one stone from the conic roof of the building would have made it a heap of rocks. The houses were considered not finished and the owner could avoid paying a tax. No home – no tax.

SEE MORE  Wedding in Apulia of Andrea and Marianna

Today Alberobello has entire neighborhoods of well-preserved trulli, that have become souvenir shops, restaurants, museums, artisan workshops, holiday homes and just residential houses. It is not easy to get here, but the city is practically always filled with tourists.

I was very enthusiastic when I had the opportunity to visit the place for this couple photoshoot in Alberobello of Andrea and Marianna. 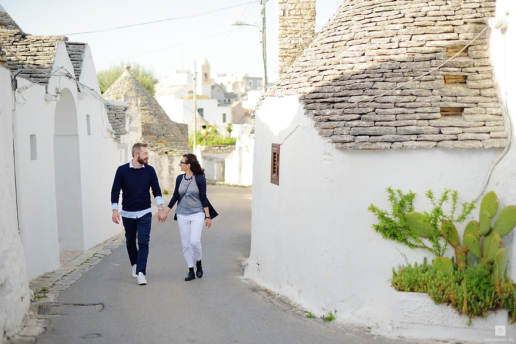 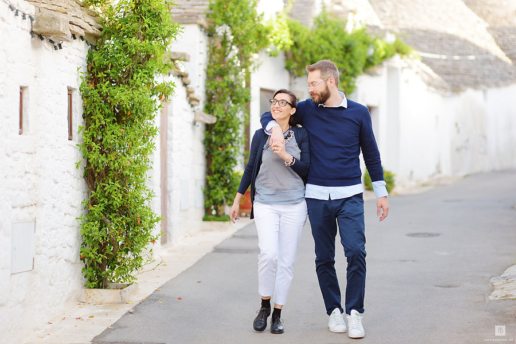 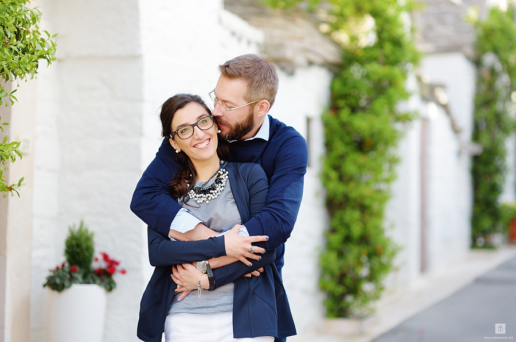 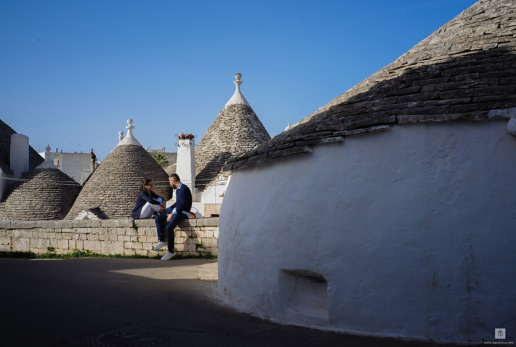 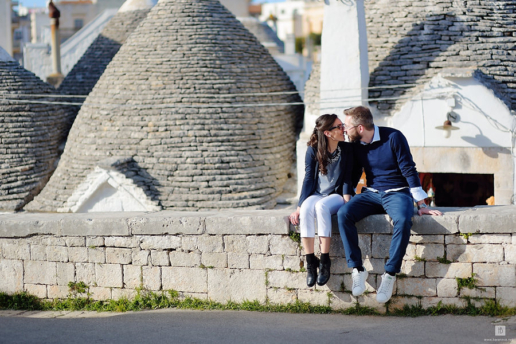 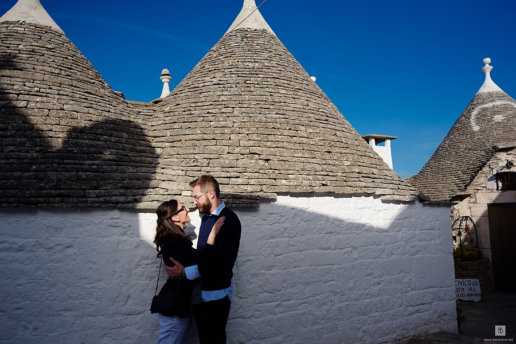 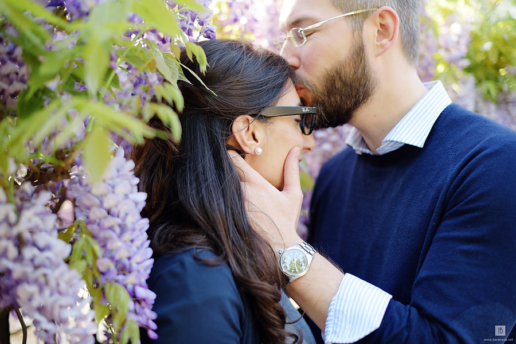 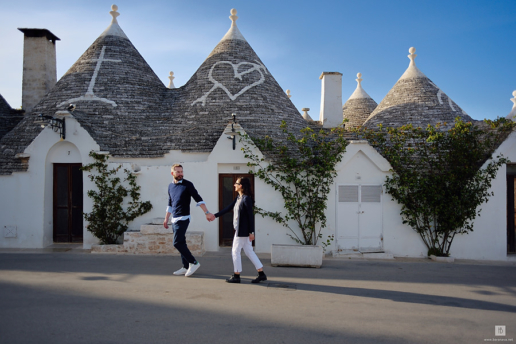 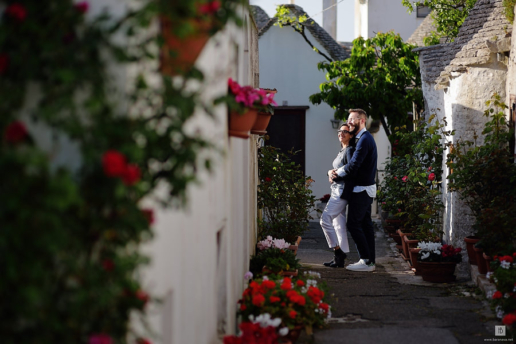 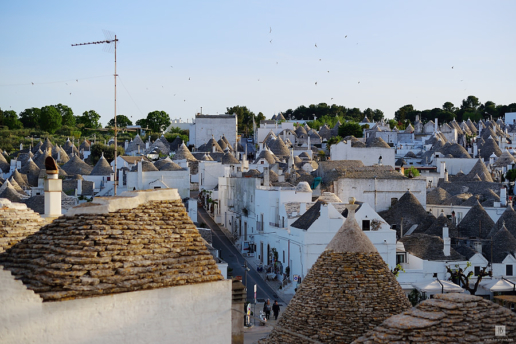 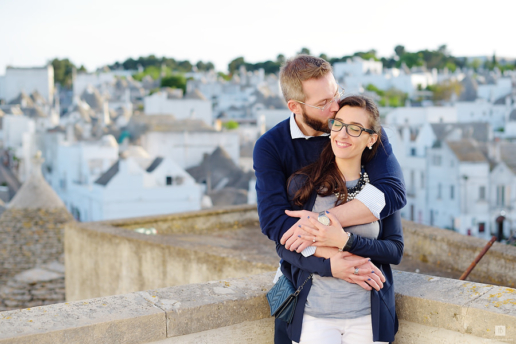 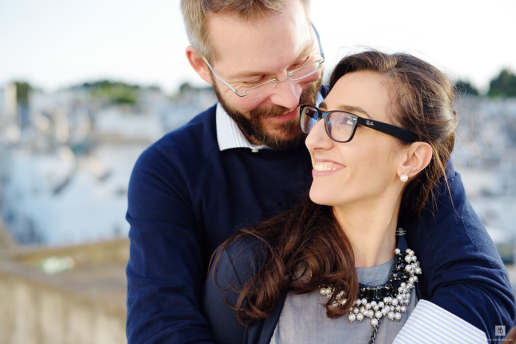 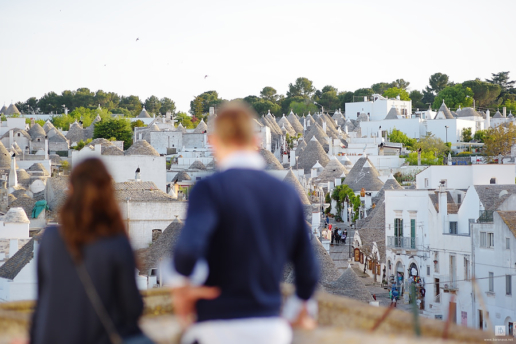 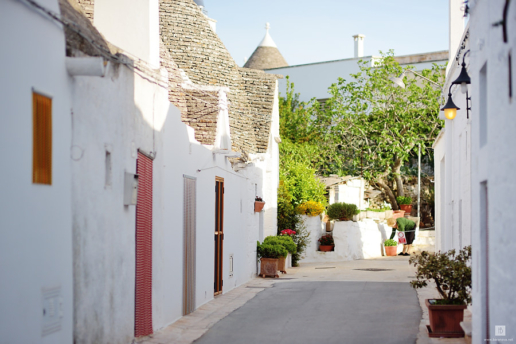 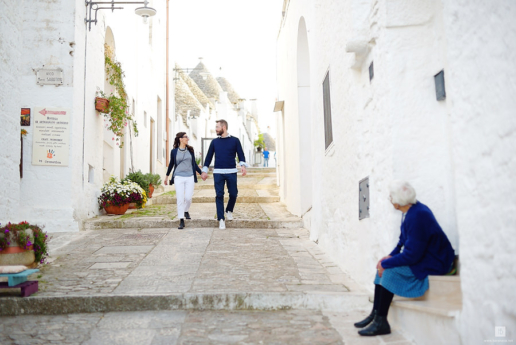 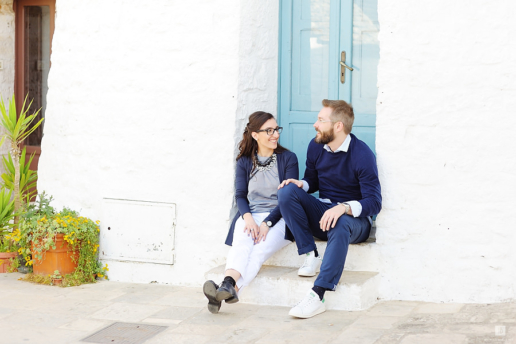 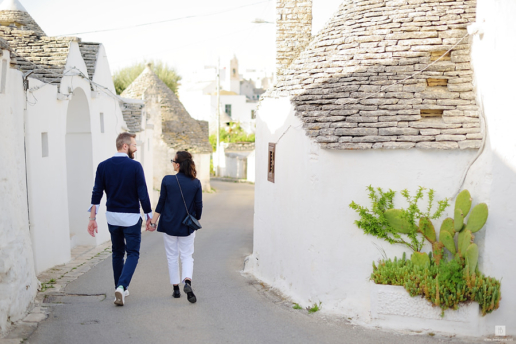 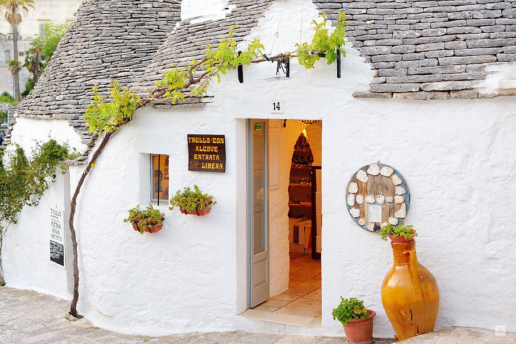 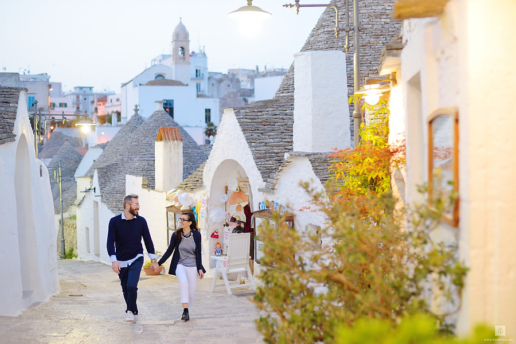 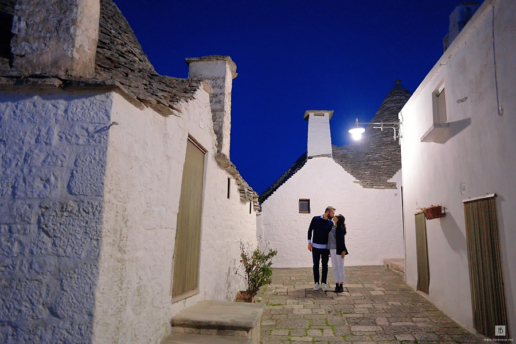 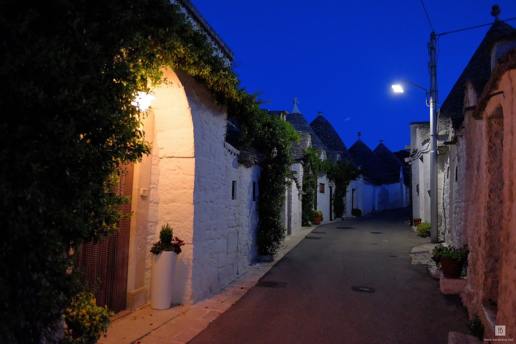