Couple photoshoot in Sicily of Alessio and Nadya

Couples
Couple photoshoot in Sicily of Alessio and Nadya

The Italian-Russian wedding of Alessio and Nadia took place in the homeland of the groom in Sicily in the city of Messina. But we’ll talk about it in the future posts and for now – our little stroll with the newlyweds and their couple photoshoot in Sicily.

There are lots of amazing, vibrant and colorful places in Sicily that could become a perfect backdrop for romantic and wedding pictures. However, the relatively small size of the island and rather poor transport connections make many locations unavailable to the majority of tourists and photographers.

Usually for weddings and photoshoots in Sicily couples tend to choose Taormina and Giardini-Naxos, places that are easily accessible from Catania airport. Therefore, when Alessio and Nadia proposed something more special, a place in the northern part of the island called the Pool of Venus, I supported the idea with great pleasure.

Piscina di Venere (“The Pool of Venus” or “Laghetto di Venere”) is a natural pool situated among the rocks at the very end of the cape called Capo Milazzo. It is rather easy to reach the location, but the panoramic views of San Antonio Bay are breathtaking. That’s the why Alessio and Nadia have chosen this place for their couple photoshoot in Sicily.

The road to the Pool of Venus passes through the olive and fig trees and ginestra shrubs. At the end of the beautiful road there is a small salt lake, which is separated from the open sea by rocks and is filled with water during high tides. From here you can see Aeolian Islands and in particular Vulcano, Lipari and Salina, in addition on clear days it’s also possible to see Filicudi and Alicudi.

SEE MORE  Elopement in Taormina, Sicily of Roma and Katya

Laghetto di Venere is a popular place among both locals and tourists for sunbathing and swimming especially in August. That’s why for our couple photoshoot in Sicily we decided to choose the first hours before the sunset and we were awarded not only a warm and cozy light, but also a total absence of people. 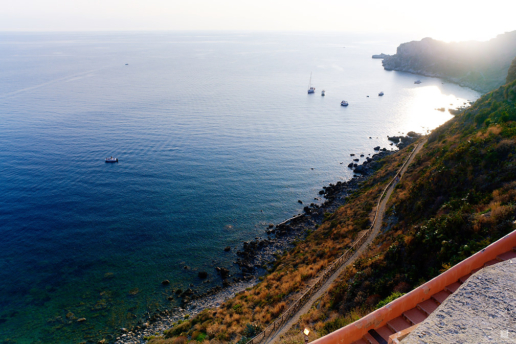 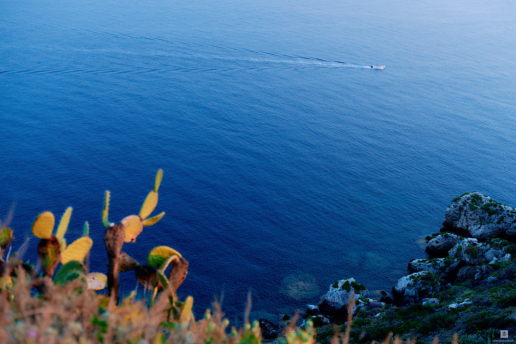 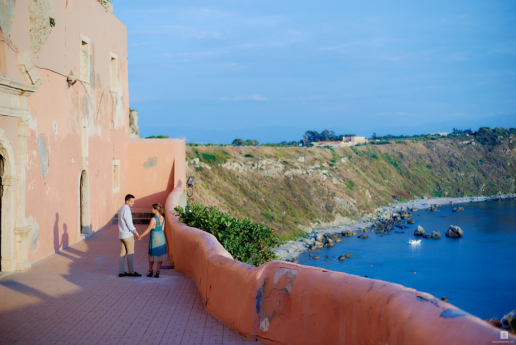 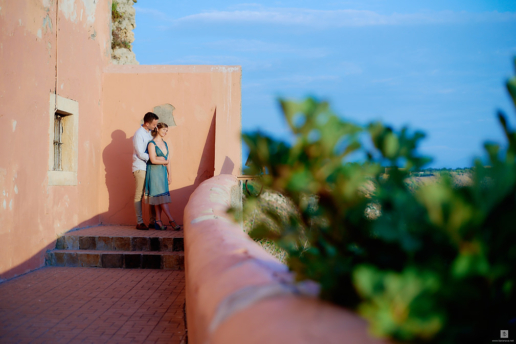 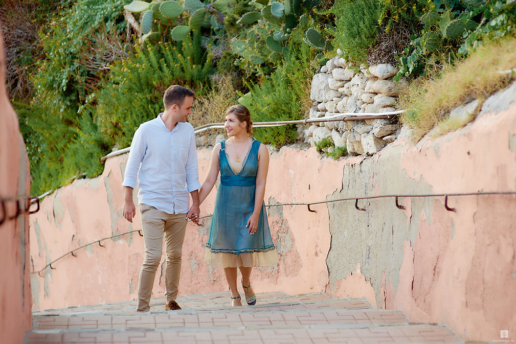 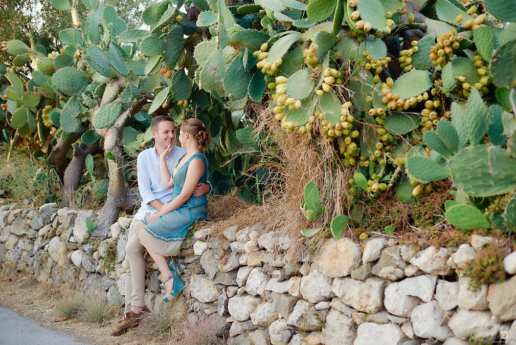 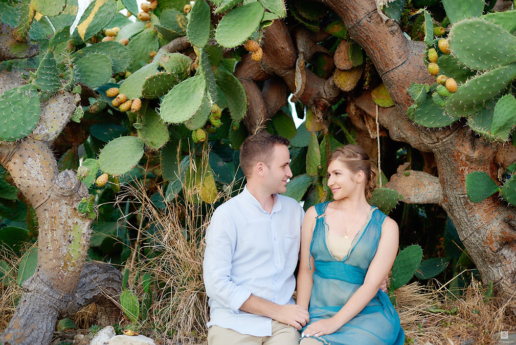 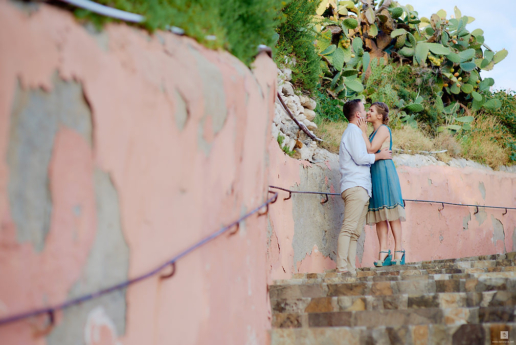 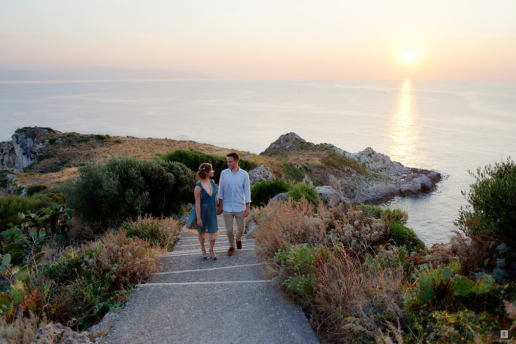 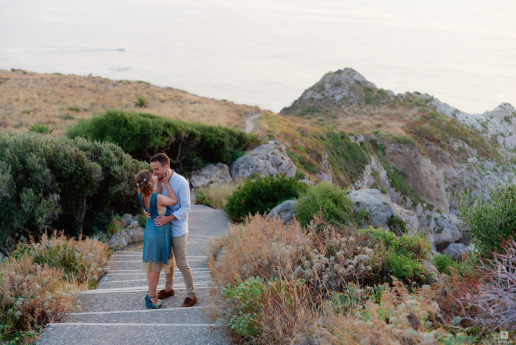 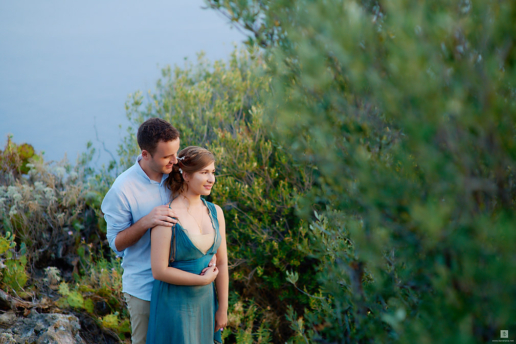 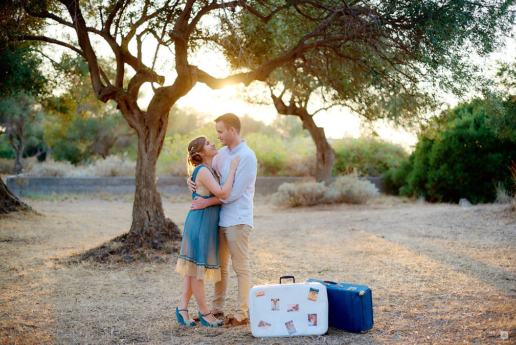 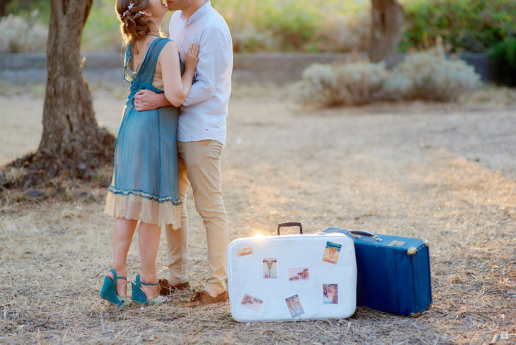 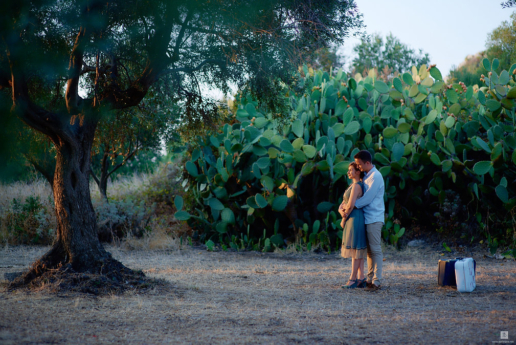 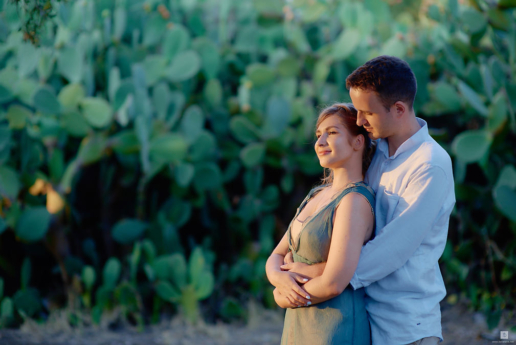 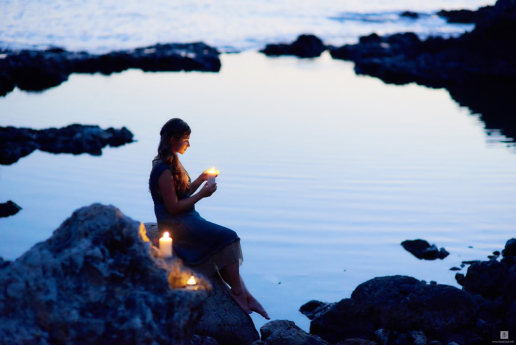 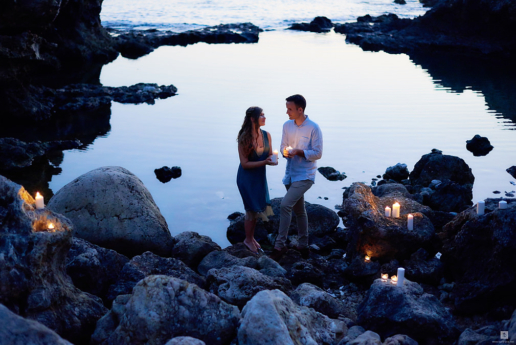 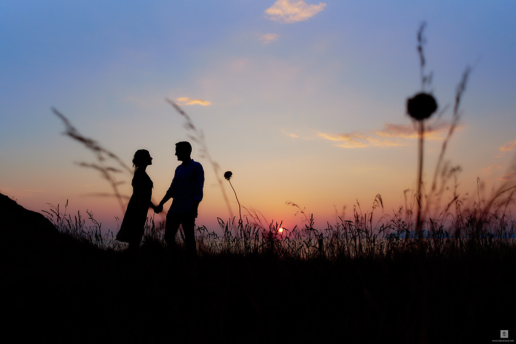 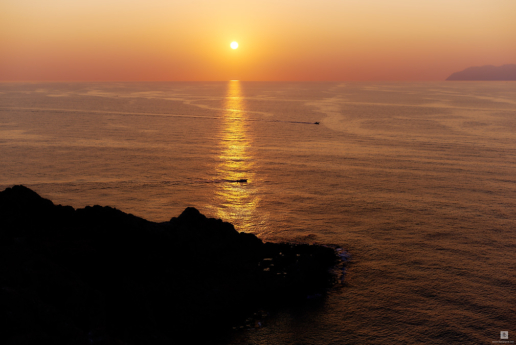